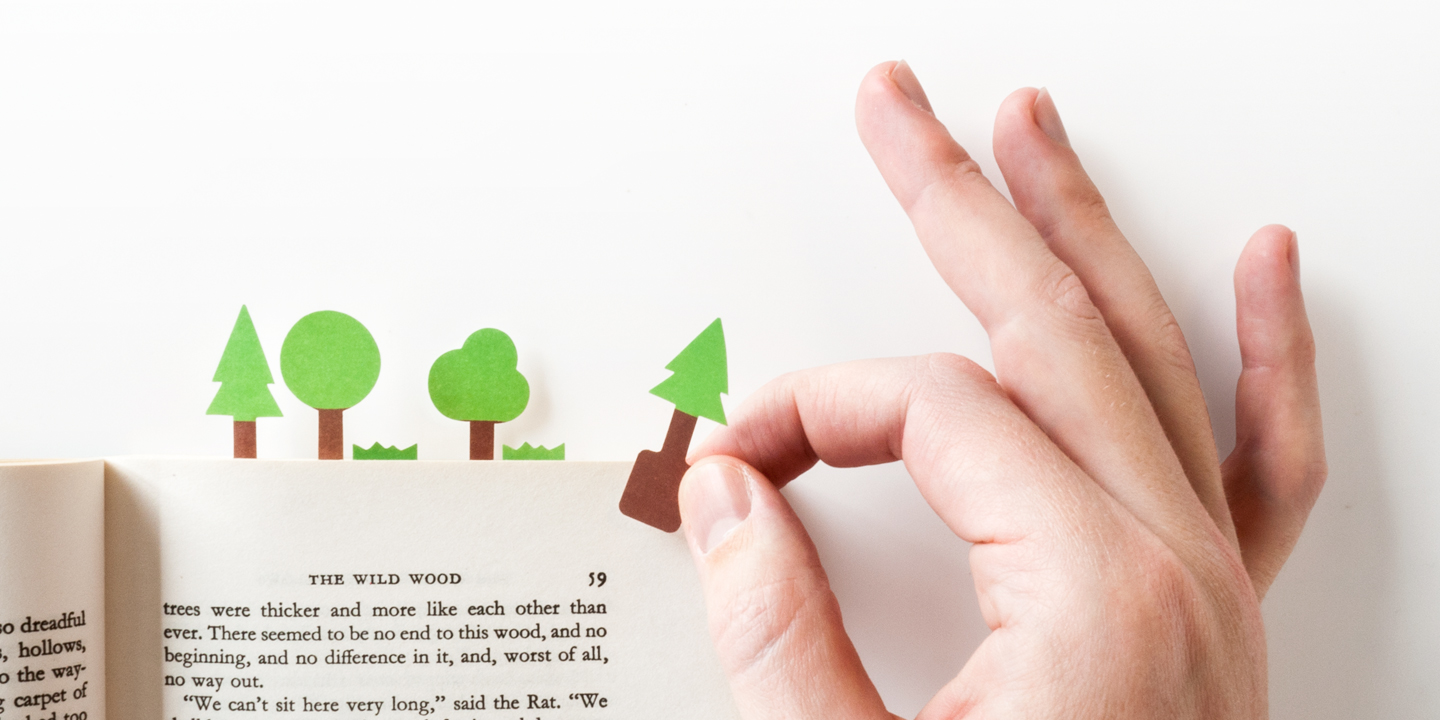 Create miniature scenes and landscapes whilst marking the pages of your books, catalogs and documents.

When we find something that’s important, inspiring, or just worth noting, it’s useful to flag the page for quick reference later.

The concept design for these little bookmarks came from thinking about what they could become not just as charming things on their own, but as a group.

Use these paper post-its to bookmark pages containing important or lovely quotes, photos and sections of books, catalogs and documents, and create a micro landscape as you go!

Each pack of markers are mounted on and presented in a simple card wrap, then placed inside a clear wrapper. A simple design that makes a great gift.

There are 12 pack-types that depict natural landscapes and environments, as well as a set of cities, along with their famous landmarks, buildings and even a fictional character or two!

The packs can be used on their own, or mixed with markers from other packs :

Each marker type comes in a stack of 20 sheets.

Originally funded on Kickstarter. We will be forever grateful to the 1,621 backers helped make this project a reality. You can now buy directly from this website.

Tokyo is 13hrs ahead of NYC... Anyone been to both? ??⚡️?? #StickyPageMarkers