★ Customers in the EU will need to pay import VAT on all items from 1st July 2021. If you would prefer to pay upfront, and avoid the EU's delays / admin fees, please shop via our Etsy shop ☞ https://dshott.etsy.com ★ 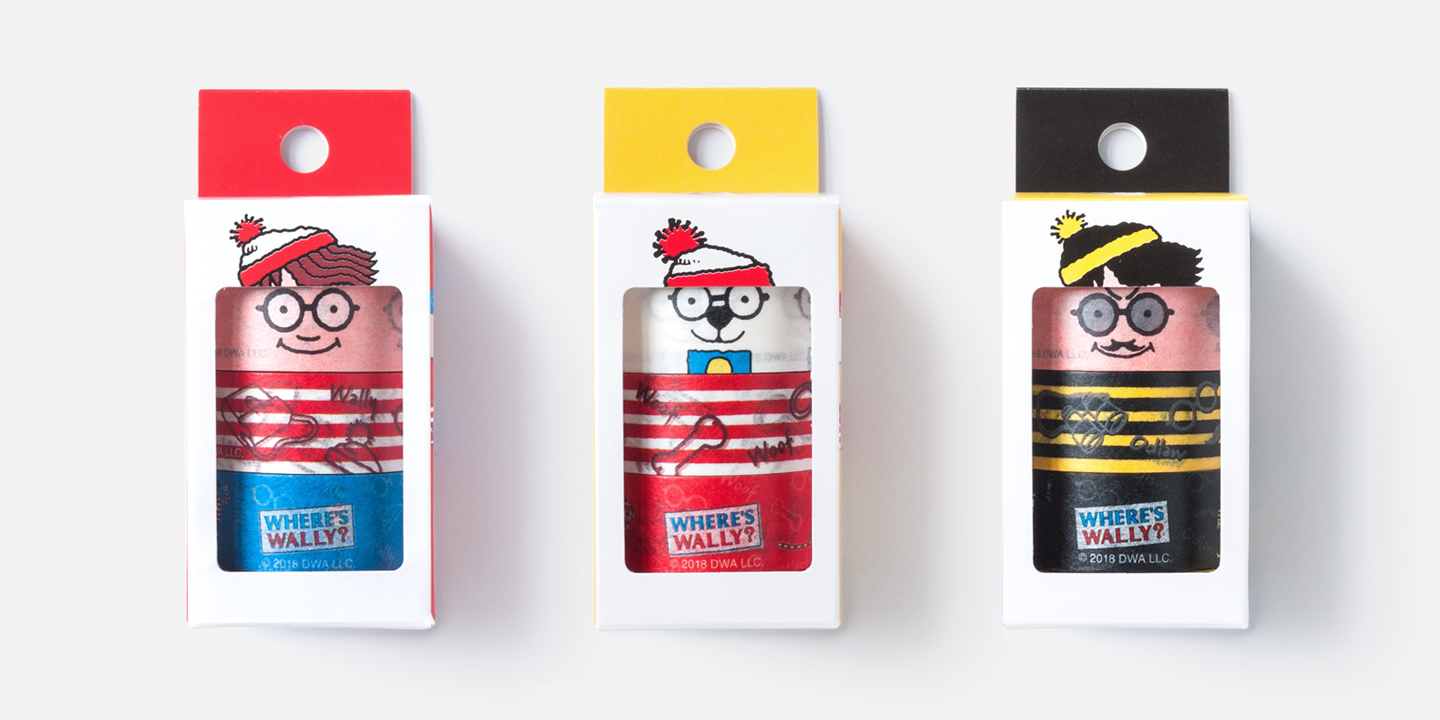 The idea of stacking three tapes to make a character isn’t my original idea. It was inspired by my friend Nakayama-san’s very similar concept for Toy Story characters about a year ago (that unfortunately never made it into production.) He asked me to design concepts for this official Where’s Wally ? collaboration and also develop the graphic and packaging design for four sets of masking tape. The tape set’s feature Wally🇬🇧/Waldo🇺🇸, Odlaw (the baddy!) and Woof (Wally’s dog). Released to coincide with the 30 year anniversary of the British series of children’s puzzle books created by English illustrator Martin Handford.
·
★ Due to current licensing limitations, these stationery items are currently only available in the Japanese market.