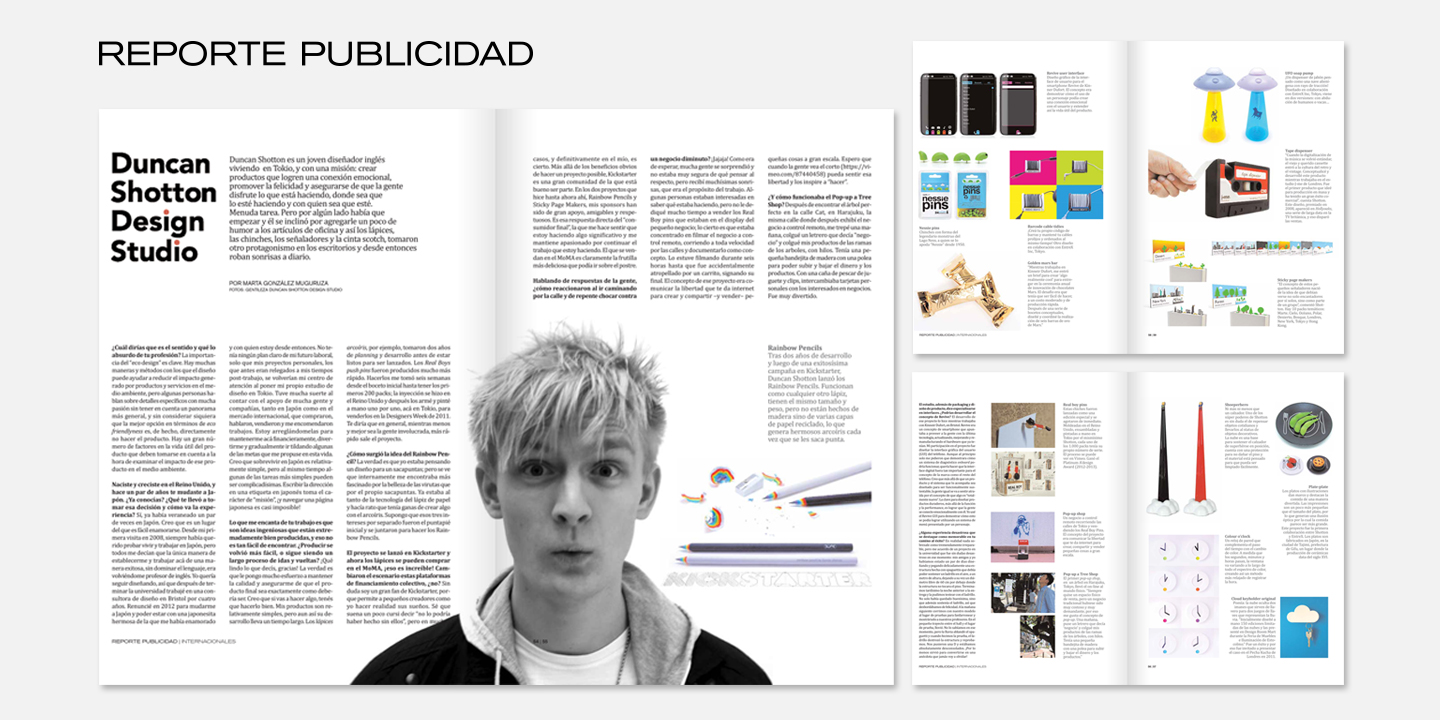 This month, Argentinian Magazine “REPORTE PUBLICIDAD” published a 3-page mega spread about my work along side an interview I did with Journalist Marta Gonzalez Muguruza discussing crowd funding, pop-up shops and spaghetti stress. The original article/interview can viewed here in Spanish, and the interview in English below :