★ COVID-19 ★: We're still accepting orders and shipping ASAP. Thanks for your continued support and patience. 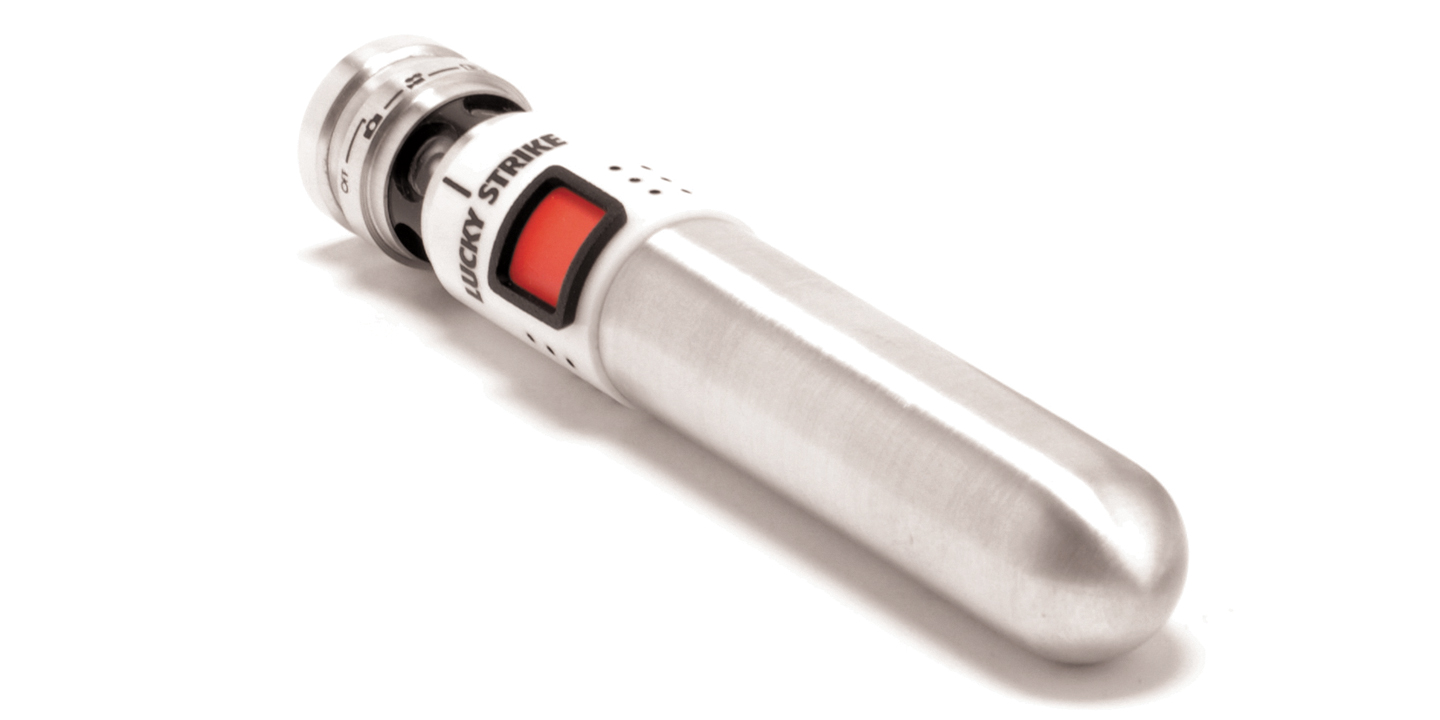 The “Strikeopanoramic” is a 360 degree panoramic camera concept for the Lucky Strike brand in 2033, in a future where cigarettes are banned worldwide.

I presented this project for the first time as a Wikipedia article from the future. Here’s how it read :

“SP PHOTOGRAPHY – From Wikipedia, the free encyclopaedia
First introduced by former cigarette company Lucky Strike. SP photography, named after Lucky Strikes first camera; the strikeopanoramic, is the social phenomenon that boomed across the world in the early 20’s.

Because this type of photography enables the users of such cameras to capture 360 degree shots of situations it makes unique moments in time memorable in a much more complete way.

Lucky Strikes first SP was a simple to use, one button, multi-lens camera that sold in the billions. Mainly used in social situations among friends, the long panoramic pictures and interactive movies it recorded were readily shared on social networking sites such as Pureshare and Superface, which was a strong and important aspect of SP photography that made it such a revolutionary photographic and social networking ritual.“

The Luckies future contextual team was a made up of 5 university students, independent and not affiliated with Lucky Strike. After collaborating together to produce a thorough brand analysis and future contextual report, each designer pursued their own product direction.

As well as the strikeopanoramic, the range consisted of an eye-contact monitor, a ‘listening to’ external display, a scent sender and a portable jukebox.