★ COVID-19 ★: We're self isolating, but still accepting orders. We'll ship them when it's safe to do so. Thanks for your continued support and patience. Stay safe x 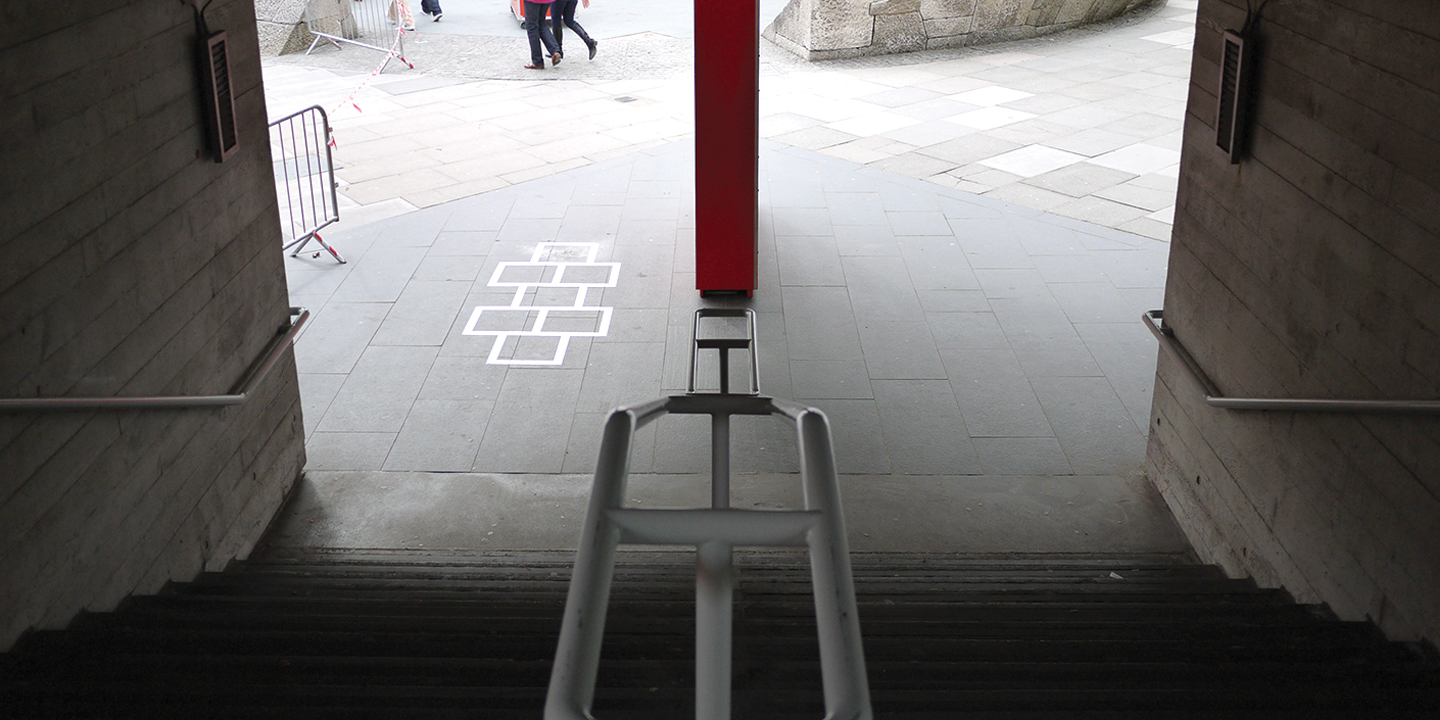 Concept
Hopscotch is a traditionally played by children in schools, parks and other recreational spaces. Although the exact style and pattern varies around the world, the general form is widely recognised by children and adults alike, and is associated with the idea of play and feeling of happiness.
This project, as well as creating simple but striking impressions within urban and suburban landscapes, was about finding out how people would react when these graphics, which are not physically-intrusive, were placed in-line with their planned walking route.

– click on the links on the left hand side to view in-location photography.