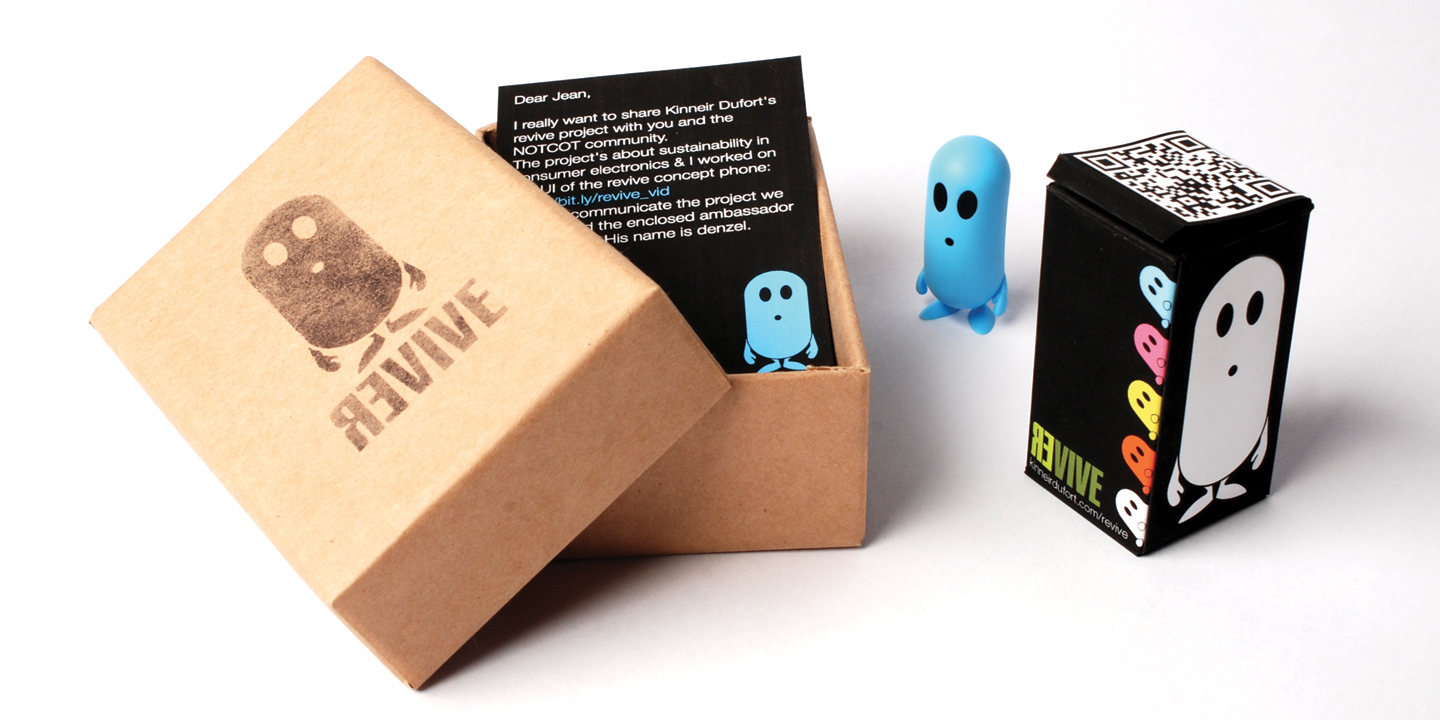 One-off design and production of ‘Denzel’, an exclusive character toy and packaging for notcot.com.

Los Angeles trend blog notcot.com is one of my favourites. But I knew that alone, the REVIVE user interface concept video didn’t have much chance of being featured, as most of the blog’s content is self-generated (mostly original photography of physical objects.)
So in my spare time, I brought Denzel from the 2D interface into 3D CAD, then into the physical world via 3D printing and rapid prototyping techniques.
I sent the revive ambassador, along with one-off packaging, letter and delivery box to notcots HQ, where he was eventually photographed on top of a brand new Bentley.
The photographs made the blog along with accompanying detail about the revive project, spurring another wave of interest into the project as a whole.

Who?
Denzel is the blue character that hosts the phone menu within the REVIVE UI concept. His name is taken from the Japanese for phone “Denwa”.

More…
Like this project? Check out another notcot exclusive.