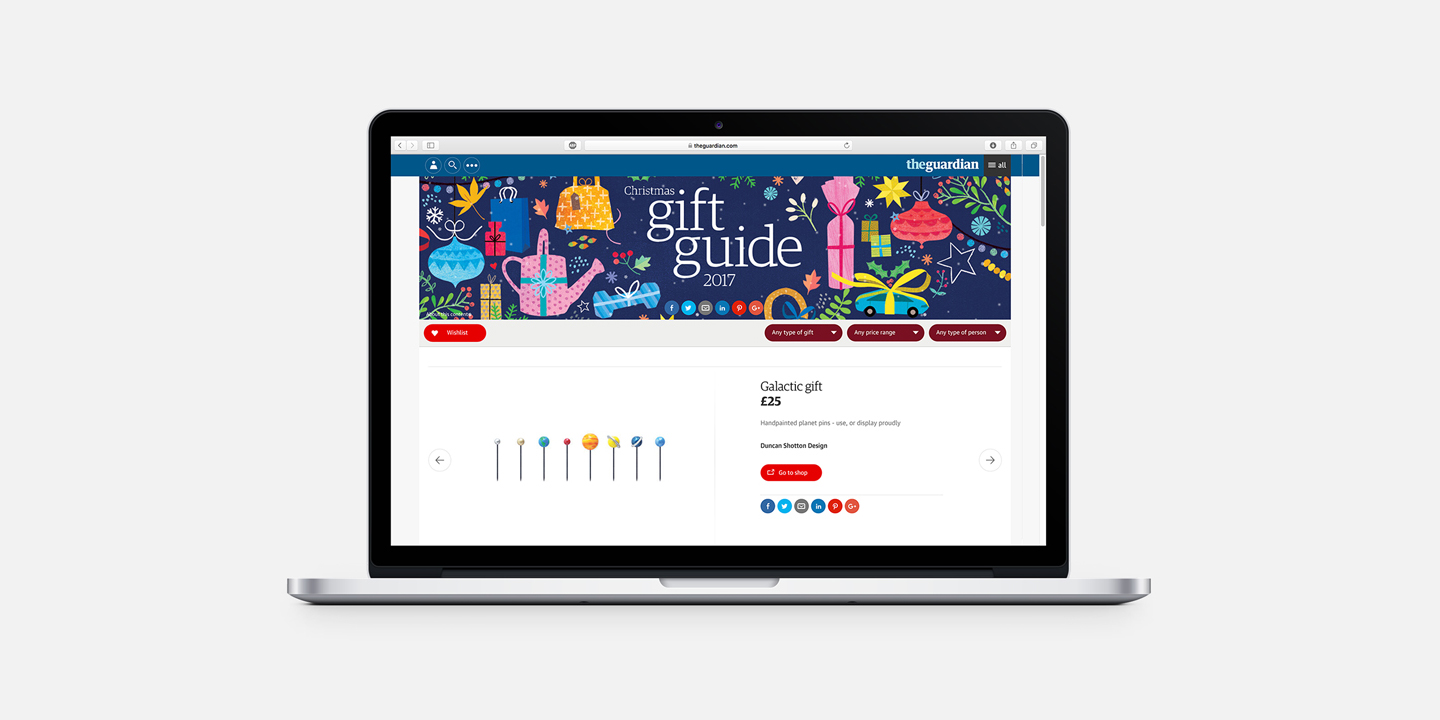 Alongside a number of other examples of British Design, the Guardian has been ever so kind as to feature our Solar-System stationery; “Planet Pins” in their online xmas gift guide, describing it as a “Galactic Gift”, and helping us with a little bit of promotion in the lead up to the 25th. We hope we can help everyone who’s looking for the perfect pressie for a stationery addict, secret santa ideas for the office, or are just after an awesome gift for themselves! ^^

As we recently mentioned on instagram, Duncan’s first mass-produced product design, the cassette tape dispenser was launched an entire decade ago in 2007. It was designed for and alongside London-based studio j-me whilst Duncan worked there during his “year in industry” as part of his industrial design degree at Brunel. Following the huge achievement that it already was (to take his own idea all the way through to market in less than a year), The Guardian went on to feature it in their Gift Guide the follwing year too. We still have the printed version somewhere… So cool… ^^

Duncan will probably always think of this nostalgia-inspired design as his first commercial design project as a young British designer. But j-me was the company that made it happen, which is why tape dispenser will always be marketed as a j-me design product (even if we sell them in our own shop as part of Duncan’s design portfolio)

So, although featuring in the Guardian Gift Guide once before (2008 I guess…), was more than splendid, making it this year, with a own-name product design, is triple terrific, and even more of a huge milestone for our Tokyo-based design studio. Especially when Duncan and his partner Nozomi act as designer-makers in this case! (have you seen our short film documenting the making process? It’s at the bottom of this page).

We’re a small, independent British design brand (all be it with a half-japanese workforce, and a selection of heavily Japanese-inspired product designs), so we’re really, really honoured to be supported by a UK publication as well-known as The Guardian.